A tradition of service since 1957

In 1957 Lemmon Federal Credit Union in South Dakota was chartered to serve the local community. The first expansion of the charter was a branch in Faith, SD in 1984. In 1992 the credit union in Hettinger, ND was merged into Lemmon Federal and the name was changed to Dakota Plains Federal Credit Union. In 1998 a fourth office was opened in Bison, SD and a fifth office was opened in Pierre, SD in 2003. Once you become a member, you are always a member, even if you move outside the area. No matter where your family members reside, they are also eligible for membership.

A Credit Union is a cooperative, not-for-profit financial institution chartered by the state or federal government. It is owned and controlled by its members and organized to provide deposit services and loans of all kinds to its members. As not-for-profit financial service cooperatives, credit unions return earnings to their members in higher savings rates, better services, and lower borrowing rates. Banks and many savings and loans are owned by groups of stockholders whose main interest is to earn a healthy return on their investments. In contrast, credit unions exist to serve their member-owners, the people who deposit and borrow there. 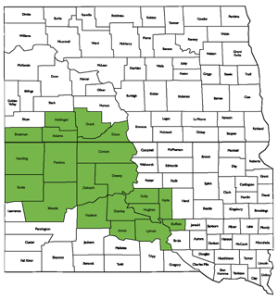 “The field of membership of this credit union shall be available to those having the following common bond:

Note: You will need to appear in person at your local Dakota Plains Federal Credit Union office to complete your application for membership. To help the government fight the funding of terrorism and money laundering activities, Federal law requires financial institutions to obtain, verify, and record information that identifies each person who opens an account. We will ask you for your name, address, date of birth, photocopy of a government issued picture ID, such as a driver’s license or passport, along with other information that will allow us to identify you.

You will be redirected to